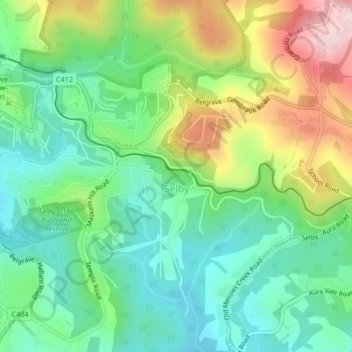 The land around Selby is particularly hilly, as evidenced by the curves in both the road and the railway. The eastern side of the township is dominated by the steep Black Hill, on which there is a reserve. Whilst the topography put restraints on farming it attracted tourists and weekenders. In the 1920s Selby's weekend population rivalled Belgrave's, but scarcity of subdivided land drew holiday makers and others away from Selby. Some notable Melburnians built homes in Selby, and the Carlotta Tye memorial Anglican church commemorates the wife of Allen Tye, son of George Tye, owner of a Melbourne furniture emporium.