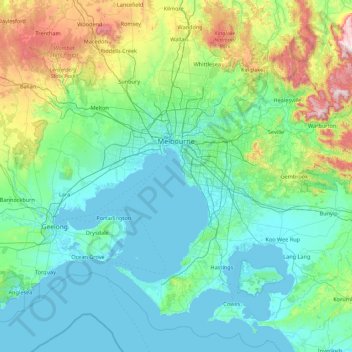 Melbourne is also prone to isolated convective showers forming when a cold pool crosses the state, especially if there is considerable daytime heating. These showers are often heavy and can include hail, squalls, and significant drops in temperature, but they often pass through very quickly with a rapid clearing trend to sunny and relatively calm weather and the temperature rising back to what it was before the shower. This can occur in the space of minutes and can be repeated many times a day, giving Melbourne a reputation for having "four seasons in one day", a phrase that is part of local popular culture. The lowest temperature on record is −2.8 °C (27.0 °F), on 21 July 1869. The highest temperature recorded in Melbourne city was 46.4 °C (115.5 °F), on 7 February 2009. While snow is occasionally seen at higher elevations in the outskirts of the city, it has not been recorded in the Central Business District since 1986.